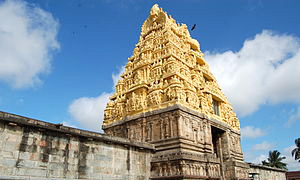 Belur is a Town Municipal Council and taluka in Hassan district in the state ofKarnataka, India. The town is renowned for its Chennakesava Temple, one of the finest examples of Hoysala workmanship.

Belur was the early capital of the Hoysala Empire. With Halebidu which is only 16 km away, this is one of the major tourist destinations in Karnataka.

The main attraction in Belur is the Chennakeshava temple complex which contains the Chennakesava Temple(dedicated to Chennakeshava, meaning handsome Vishnu) as the centre piece, surrounded by the Kappe Chennigraya temple built by Shantaladevi, queen of king Vishnuvardhana. It is said that Shantaladevi herself danced in front of the main shrine during its installation and her dance inspired the poses of the figurines on the temple walls. The temple is one of the finest examples of Hoysala architecture. It was built by king Vishnuvardhana in commemoration of his victory over the Cholas at Talakad in 1117 CE. Legend has it that it took 103 years to complete and Vishnuvardhana's grandson Veera Ballala II completed the task.